Join us for a LIVE webcast wine educational class with Doug Frost, Master Sommelier and Master of Wine.  Attend our very first Wine & Beer Boot Camp educational series of 2016 and learn how to Taste Like a Pro!  Doug Frost will share his tips of the trade, making you look like a pro!  Seating is limited – call your local WineStyles Tasting Station store to RSVP. 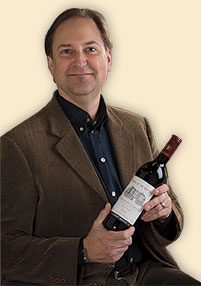 In 1991, Doug Frost passed the rigorous Master Sommelier examination and two years later became America’s eighth Master of Wine.  He was the second person in history to complete both exams and almost two decades later he is still one of only four people in the world to have achieved both these remarkable distinctions. According to USA Today, “Frost likely knows as much as anyone in the world about how to make, market, serve and identify wines.” The Wine Spectator has also bestowed the accolade of Master of Spirits on Mr. Frost, and he is one of the founders of BAR (Beverage Alcohol Resource), considered by most industry professionals to be the preeminent education and examining body for the spirits and cocktail industry. He continues to teach and examine for BAR and within the Master Sommelier and Master of Wine programs; currently he serves as President of the Institute of Masters of Wine North America.

His first book, Uncorking Wine, is a staple for many restaurant and retail companies and their staff and management. Frost’s second book, On Wine, published by Rizzoli International, was released in 2001 and his most recent book, Far From Ordinary: The Spanish Wine Guide, the third edition released in 2011. Frost is a contributor to the Oxford Companion of Wine, Opus Vino, The World Atlas of Wine by Hugh Johnson and The Wine Report, an annual report edited by Tom Stevenson. He writes about wine and spirits for many publications including the San Francisco Chronicle, the Underground Wine Journal, Drinks International, Practical Winery & Vineyard, Wines & Vines, Wines & Spirits, Cheers Magazine, Sante Magazine, and Epicurious.com and is the beverage columnist for the James Beard award-winning food section of the Kansas City Star, as well as Hemispheres Magazine, Missouri Life and Fine Cooking. Frost is the host of Check Please!, an Emmy Award nominated weekly public TV show filmed in Kansas City. He also appears as a featured judge on Public Television’s The Winemakers, PBS’s first nationally broadcast reality show.

To learn more about Doug Frost, please visit his blog at DougFrost.com