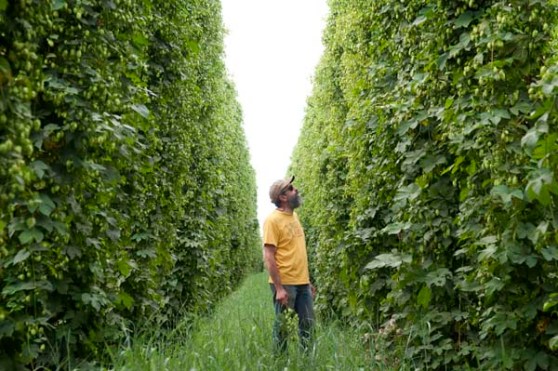 From last year’s harvest. John in the rows of Freedom hops, picking out what he’ll use to brew Wet Hop Ale.

The first of our seven varieties we’ll pick are our Freedom hops. Don’t be surprised if you see John Maier poking through hop rows or inside the processing facility. John is using some of this year’s Freedom crop (and Yaquinas when they’re ready) to brew Wet Hop Ale. He’ll personally select the fresh cones to bring home with him to our Brewery in Newport.

We’ll picking the remaining six Rogue Farms hops over the next three of four weeks. Hard to believe that after a year of such crazy weather (drought, floods and snow), the hops are healthy, ripe and ready for picking!

So why a Big Wave Harvest?

✅🍷Mark your calendar for February 22 wine tasting with Cynthia Lohr, Co-Owner of J. Lohr Vineyards. She will be joining us on the big screen nationwide at participating WineStyles stores. Call ahead and save your seat, bring a friend!